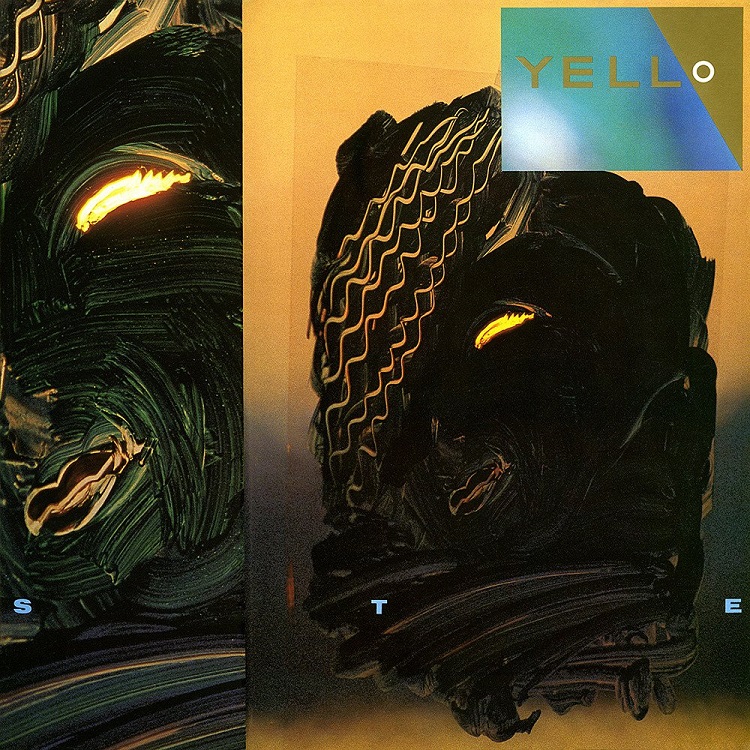 This is something that we haven’t tried before… “Big In Japan” is a new review category. The idea is that there are bands and musical acts that are huge in other countries besides Canada and the US (shocking, but true!). In theory, we’re more likely to find something of value than the OHW list…But cultural differences can be huge!

What better way to start this category off than one where the frontman directed a video called “Big In Japan”? Alphaville – Big In Japan (Official Music Video)

To be completely honest, if it wasn’t for Ferris Bueller’s Day Off, I’d likely have never heard a Yello song. So not only do I have Mr. John Hughes to thank for a raft of classic 80’s and 90’s movies, but I also have him to thank for my only exposure to Yello.

It’s time to remedy this limited gap in my Yello knowledge. To the headphones!

“Oh Yeah”. You only have to say the name of the song and you automatically say it in your head as “OOOOOOOOOH YEEEEEEAH”. As soon as it played in a movie, you knew you were about to see something really cool and probably in slow motion.

I have never, in my life, known that there was an album to go along with it. It appears on movie soundtracks. That’s where it lives.

The icing on the cake

Still super cool. Such an odd song, but so insanely catchy. So much fun. This song is inextricably linked to Ferris Bueller’s Day Off for me. I can’t hear it without seeing Ferris, Cameron, and that sweet, sweet Ferrari.

This is one of the key touchstone songs of my youth. I love “Oh Yeah” in an almost unhealthy way. Chikachika.

It starts with a cool guitar riff before being overrun by an equally cool synth line. I think this one might get points just because of how ambitious it is. At this point in the album, I’m genuinely impressed with how non-samey they’ve managed to keep it. There are some elements here that feel like they would be very much at home in Industrial music.

I’ll say this: it’s well put together. Probably a bit controversial (more so in its time), but it feels very gothic. This is a song that teenagers who wore trench coats to school (before that became more of a murder thing) would have listened to (cause I was one of them). I appreciate it, but I think I’ve grown past this song.

This is good. This is surprisingly good. It is like proto-retrowave / Outrun combined with Leonard Cohen. I can 100% hear this in the Drive soundtrack, and I mean that in the most complimentary way possible. It is positively dripping with laid-back cool. The music is clean and well-mastered, but still surprisingly human for a song leaning so hard into synths.

Interesting techno style here, but it doesn’t grab me.

I like the beat of this, and the singing samples. It has that perfect-imperfect feel to it. I don’t understand the lyrics or what the song is about, but I like the way it goes.

This is an odd one. It’s not super accessible, but it’s pretty cool. I think it would grow on me.

Spooky Halloween music. I fully expected it to break out into “Thriller” midway through. Then it turned into a bit of Vangelis, and maybe a little Alan Silvestri (he did the soundtracks for a lot of movies that you know). The screams in the middle are a bit kitchy.

I like the name of this one before I even hear it. Great swelling introduction. This sounds 100% like a movie score. I’m not sure what to make of the song. Parts of it sound like The Phantom of the Opera with massive chords played on an organ (synth?) and parts of it are very reminiscent of Vangelis’s Blade Runner score from a couple of years prior.

Well I’ll be. This is also good. It has great layering, a delightful groove, and a catchy hook. And I think the most surprising thing for me – real guitar.

It’s okay. It seems a little empty, if that makes sense? It’s fine, I just want it to be something more. I liked it way more closer to the end.

Interesting construction again. I’m not sure this one does it for me, but I don’t dislike it. There’s still lots of good stuff going on here.

Very atmospheric, ambient start. Oh this is cool. I kind of love how chill and deconstructed it is. Halfway through it, a “song” appears out of nowhere. It is an odd one, but I like it.

Another ambience piece. This seems a little less monster threatening and more suspense threatening. Yello should do movie soundtracks.

I’m not sure what I expected going into this listen. In my head, Yello was a one-hit band and, while the song was unquestionably cool, it was also something of a novelty. My eyes have been opened. This album was delightful. A bit of research has revealed that Yello has 14 (14!) studio albums to their name, all but two of which have charted in both their native Switzerland and Germany. They haven’t just charted, but they’ve had four #1 albums in Switzerland – this one and, believe it or not, their last three releases, including 2020 release Point (another five of the 14 were top 10).

This is a remarkable record of success in their home and native land. I spent some time with 2020’s Point (which came out a calendar-defying 35 years after Stella) and guess what? It’s also very good.  Will I be digging further into their catalog? Oh yeah.

Yello slots into a category of music that probably has an actual name, but I will refer to as “Electro Pop Trance That I Probably Heard As the MIDI Soundtrack to Early Amiga Graphics Demo”.

I had no idea what kind of band Yello was going into this. One song does not make the album (looking at you Right Said Fred. And you Verve.). I was super happy listening to this.

I really enjoyed it and started listening to some of their other albums (which is something I keep meaning to do, but this time I actually am doing it). I love that they make music I can enjoy at a subconscious level. I could listen to their music while working on something else (like, say, writing this review) and not get distracted by it but still experience it.

I recommend Yello. I am shocked, SHOCKED, that they did not chart higher in the US or Canada in their FORTY YEARS of making music. Just great stuff.

Down the Rabbit Hole (Additional listening inspired by this week’s review.)

Go explore Yello’s back catalog. It’s deep enough and strong enough that you don’t need any additional listening this week.

Weird Al has never done a parody of Yello, but the best that he could do would be a style parody – their music doesn’t depend on the lyrics, they lyrics are just part of the music instead of being carried by the music. It’s a lot like jazz in that regard.

Holy cow, am I actually writing musical comparisons now? I guess it was inevitable. Do I recommend listening to Yello? Oh yeah!

See what I did there? That’s a callback to their song that has had a life in movies and TV for the last 35 years. Awesome.