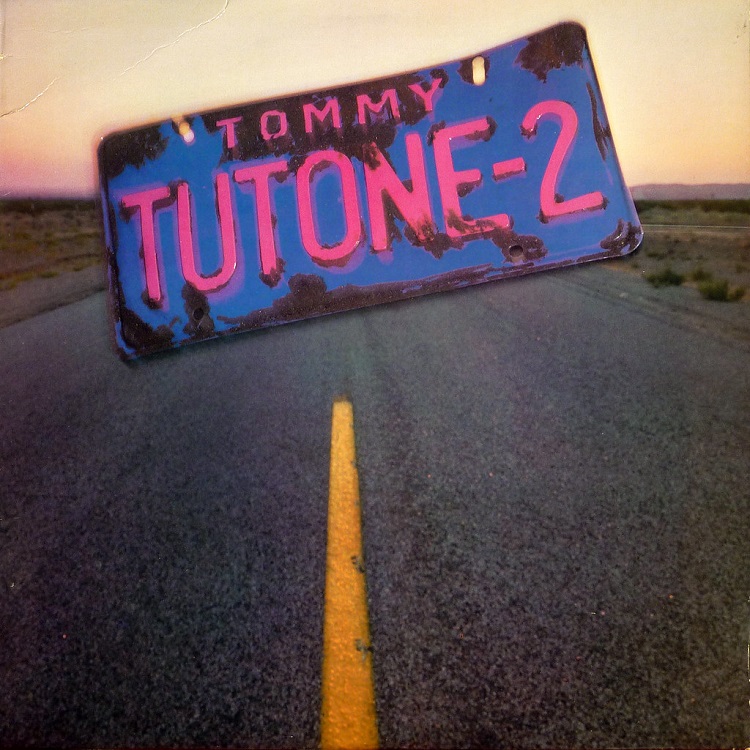 I think of all the reviews we’ve done to date, I know the least about this artist / album. I know literally nothing. I’ve heard “867-5309 / Jenny”, but couldn’t even name another song by this artist. Heck, I probably couldn’t have named the artist before we planned this week’s review. It’s with this complete and utter lack of any bias or knowledge that I dive into Tommy Tutone 2. Here we go!

Who doesn’t recognize the most famous phone number in musical history? I’ve always liked this song, so I’m hoping that the rest of the album is of similar quality. They had a moderately successful album before this, and they continued to record afterward, so they have some skill and talent, right?

There was no icing this week. Fat free Friday.

Ooooh, nice and clean. I really enjoy this one, even with the somewhat off putting tale of the lead singer projecting his dream woman onto the “new girl in town”. The music is solid.

I think Bernadiah is the opposite of Jenny. If you wrote her number on the wall, she’d cut you. She’s working at the Superette in hand me down clothes because she had to flee the last community she lived in because they decided she was a witch. Now she’s here in town seducing the men.

It is not a catchy song.

“Which Man Are You”

Great start. I love the guitar work in this one. Nifty structure. Really neat fade out at the end too – everything fades out except a single guitar line, which stays at full volume. I’m not sure I’ve ever heard that before.

There’s something under this song. I don’t like this song, but the repetition gets to you and somehow it sticks…like plaque.

Another bad boy song. He’s done something very bad and now he’s waiting to see if his girl is going to come with him. It’s not a bad song, and again sort of sticks in the head.

A “big” song. This has the feel of a songwriter reaching for something – really trying to make an epic. It’s fine, but doesn’t really land for me.

A song about how his girlfriend thinks she isn’t good enough for him? That’s kind of a twist that I haven’t heard before… the opposite of White Town. It sounds like the anthem of an 80’s comedy movie where the school jock falls in love with the awkward girl and takes her to the prom, even though she knows she shouldn’t go, and when she shows up she took off her glasses so she’s a supermodel.

Nothing speaking to me right away. It’s similar to the single but not as good. The song hits a nice groove after the first chorus. I like the character of the voice – the rasp.

“Shadow On The Road Tonight”

I’m liking this one right off the bat. Nice propulsive rhythm section. Nice song, with really interesting lyrics. Very odd story being told, and I like it.

I think this song is about a guy who’s running from the law and is driving too fast too late at night and crashes his car and dies…and comes back as a dog? Honestly, it kind of sounds like if you fed a bunch of rock anthems to a computer and asked it to write one.

Well I went into this knowing nothing of the album. I leave it knowing a bit more, but not really having discovered anything particularly great. There were a few tracks that spoke to me in some way, so they got the nod.
It’s not that the album is bad – it’s not. There just wasn’t enough that stood out for me. It’s very likely that someone who is really into this genre might find more to like than I did. When you open up Tommy Tutone on Spotify, their top 3 most popular songs are all “867-5309 / Jenny” – you’ve got the album track, the single, and a live version. If that doesn’t shout One Hit Wonder, I’m not sure what does.

Well. That was underwhelming. You can hear tones of “867-5309/Jenny” throughout the album, just not put together in as catchy a way as it was. And now, looking back, I think maybe I wasn’t really hearing the lyrics of “867-5309/Jenny”.
There is some stuff on here that might be okay, but a lot of it did not age well and could be/should be left to history very easily.

It turns out there’s a pretty good selection of songs named after phone numbers. Ok, not good good, but more than I would have guessed before I went looking.

Logic – “1-800-273-8255” – Significantly heavier than the B-52s track, the number for this one comes from the U.S. National Suicide Prevention Lifeline. The content is positive, and tackles a pretty weighty topic. It also sits at over a billion streams and was nominated for Song of the Year, so there’s that.

Squeeze – “Hourglass” – That’s enough phone numbers, and now I’m really digging “Hourglass” again. It’s been forever since I’ve listened to it, and I still love it.

Orbital – “Halcyon and On and On” – Listen, it doesn’t have to make sense. Reading Babylon And On made me think of this song. It was on both the Hackers and Mortal Kombat movie soundtracks, and I think it holds up remarkably well. It’s one of the Hartnoll brothers’ most enduring works. Warning, this one goes for almost 10 minutes.

Orbital – “The Box – Part 2” – Sure “The Box – Pt. 1” started it all, but Part 2 really brings it home. Probably my favourite Orbital track – this one has been rattling around in my head for 25 years now.

Weird Al has never done a Tommy Tutone parody. However, during his “THE RIDICULOUSLY SELF-INDULGENT, ILL-ADVISED VANITY TOUR” he did play “867-5309/Jenny” as one of the many different songs they played as an encore after laying only his originals. The quality of this video isn’t super high, but as concert cell phone videos go it’s not bad.